Karachi and Hyderabad Council will be chaired by Jayale Mayor, Murtaza Wahab NewsPipa 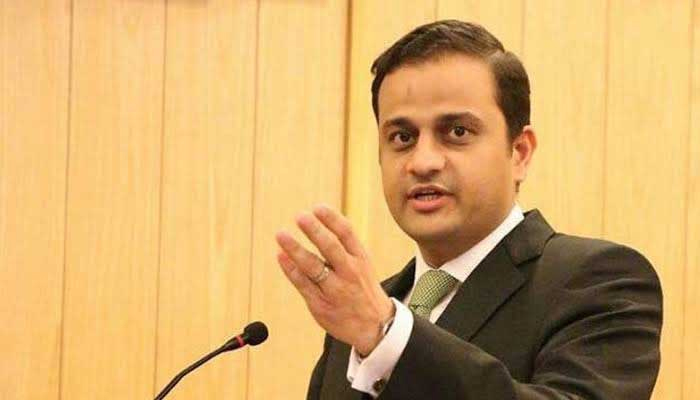 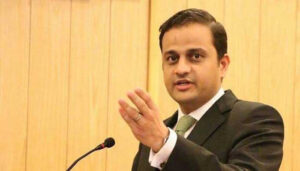 KARACHI (Qudrat Daily) Sindh Government Spokesperson and Legal Adviser Barrister Murtaza Wahab has said that Karachi and Hyderabad Council will be headed by Jayale Mayor. Murtaza Wahab expressed these views while addressing a press conference at the Sindh Assembly Committee Room on Wednesday. He said that the people of Sindh including Karachi have rejected the sit-ins politicians by expressing their confidence in the leadership of Chairman Bilawal Bhutto Zardari.
He said that the results have been announced by the Provincial Election Commission, in the first phase of the election, the people have won the candidates of the People’s Party. He said the same success continued in Hyderabad division and Karachi division. Well, for the first time in Hyderabad division People’s Party has got a clear majority and in Karachi division also Murtaza Wahab said that the people of Karachi expressed confidence in the leadership of Bilawal Bhutto Zardari and rejected the politics of sit-ins. Look at the steps.
He said that ever since Bilawal Bhutto Zardari started parliamentary politics, he has been playing his role in identifying the problems and solving them. Councilor Law said I want to tell those who are running negative propaganda that people saw hope in the People’s Party when there was an election. held in Baldia Town and Malir, the people decided for the People’s Party, people voted for constructive politics and development.
He said that for the first time in Karachi the transport problem is being solved seriously and it is not hypothetical but it is being seen in practice. He said that the first electric bus of Pakistan was launched in this city, people saw the start of service by 1122 and voted for People’s Party Murtaza Wahab said that people saw NICVD working and appreciated it, all three lakh patients were treated free of charge in NICVD.
The work of Red Line Mass Transit Transport has been started, if any work is done in all districts of Sindh, Chairman People’s Party Bilawal Bhutto Zardari’s party is doing it. Development work worth billions of rupees has been undertaken in Kemari district. In the West District and Kemari District, let’s look at the whole, where the worker also works, building 31 small and big roads. In Yusuf Goth, located in the West District, even in heavy rains, no such destruction has occurred now.
Sindh Government established Autism School in Golestan Johar, Malir, construction of other roads from Fisherman Chowrangi in Ibrahim Hydari is in progress. Fishermen did not have facilities, land was built there, Malir Expressway project for city. It will be a game changer, this project is being built at a cost of 29 billion, the chief minister visited the site on the first day of 2023. Murtaza Wahab said that Johar Chowrangi flyover will be opened to the public in mid-April.
He said the People’s Party got votes for all these works because the people do not want politics of division and division. He said I am grateful to the people of Karachi and Hyderabad for the results that have come. Appreciate the work. said that our narrative is that if the federal, provincial and local governments are on the same page, then things will get better.
The adviser to the Sindh government said that now the two councils will be headed by Jayala so that development continues, while Bilawal Bhutto has said that the mayor of Karachi and Hyderabad will be Jayala. has a clear advantage while 6 results of Karachi city is He said that the People’s Party is currently the largest party alone, we have always criticized in this city, we do not want strikes, bullying and extortion.
Murtaza Wahab said that people like this changing Karachi, the way we controlled terrorism, street crime will also be controlled soon. He answered the questions and said that the constitutional decisions are ultimately up to the constitutional institutions. It has to be done, we canceled the local body constituencies but the election commission did not accept it.
This notification must be decided by the constitutional bodies, we conduct elections then it is still bad, if we do not conduct it then it is still bad, if we do the work then it is still bad. I used to say that Sindh 1 and Sindh 2 should be made, similar people have left Shosha and Karachi 1 and Karachi 2 should be made, but in reality there is no such thing.

NewsPipa Every day abuse is given that the government is incompetent, it is said that the economy is weak, there is inflation, the government...
Read more
National

NewsPipa PESHAWAR: In view of the suicide blast in the mosque of Police Lines Peshawar, a day of mourning will be observed in...
Read more
National

NewsPipa Lahore: The Pakistan Cricket Board (PCB) has decided to introduce the post of team director by abolishing the post of head coach to...
Read more
National