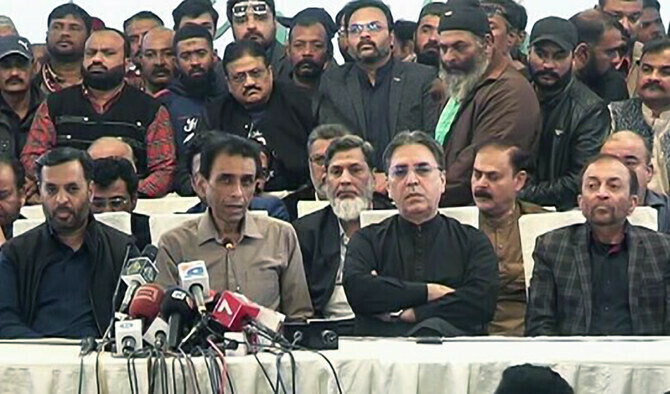 Negotiations between MQM-Pakistan and People’s Party are going on in Governor Haas, in which Sindh Chief Minister Murad Ali Shah, Khalid Maqbool Siddiqui and other leaders besides legal experts are also participating.

MQM Pakistan has held several rounds of negotiations in the governor’s house but has so far failed to decide whether to participate in the local body elections or not.

MQM-Pakistan is under intense pressure from the federal government and the PPP to participate in the local body elections.

Candidates of MQM Pakistan are suffering from confusion, even the election cell could not prepare, fake leaders of MQM are firm to boycott the election but are hesitant to announce the final decision, a large number of leaders and workers in Bahadurabad.

MQM Pakistan protested against the constituencies and announced that they will not allow local elections to be held on 15 January. If the election is held, they will not be recognized.

The coordination committee of the Muttahida Qaumi Movement has held several meetings since the previous day for the decision regarding the local body election, the consultation process between the party leaders is still ongoing.

Sources of the MQM say that the party will participate in the local elections despite all reservations, the majority of the coordination committee members have stated not to leave the field empty.

On the other hand, in an informal conversation with the media, Mustafa Kamal says that the matter is being settled now, he will tell that soon.

MQM Pakistan has called the legal team for consultation, which will be consulted on various aspects.

It should be noted that MQM Pakistan strongly protested against the constituencies and demanded to stop the polling stations in Karachi, Hyderabad and other parts in the second phase of local elections in Sindh.

The Sindh government had written a letter to the Election Commission of Pakistan based on the concerns of MQM Pakistan and asked them to postpone the election, but the ECP had announced that the election would be held on 15 January at the agreed time in Karachi and Hyderabad.