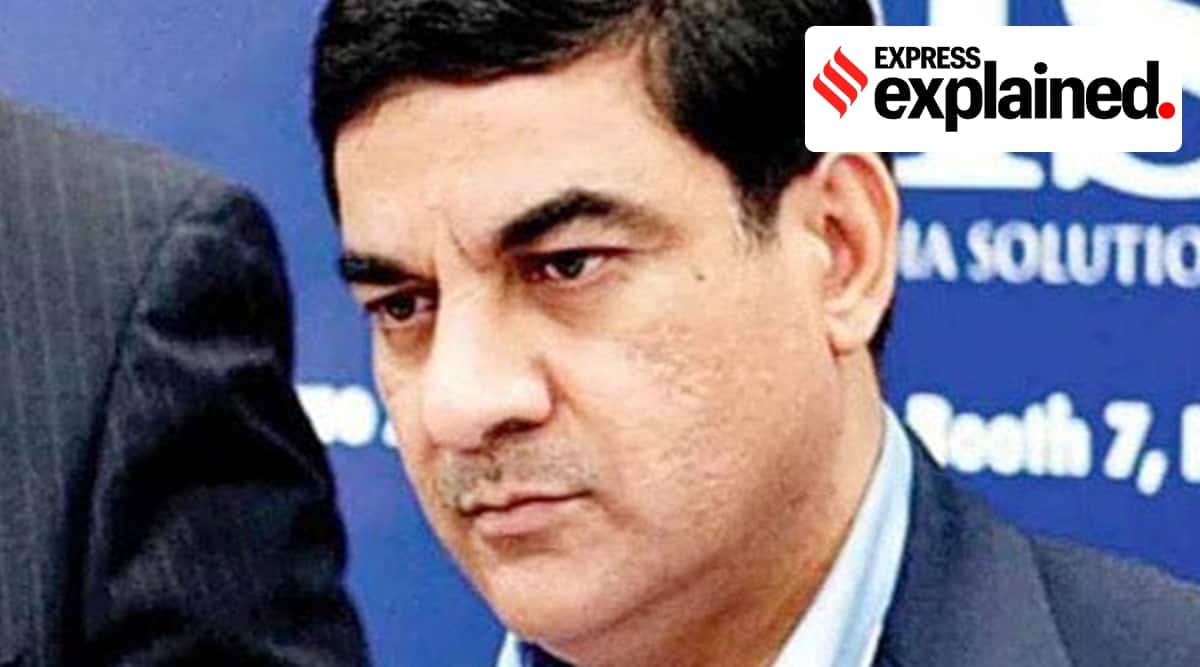 A London court has granted India’s request to extradite arms dealer Sanjay Bhandari to face trial on charges of tax evasion and money laundering. The case now goes to UK Home Secretary Suella Braverman for her consent. The development is politically significant as the case against Bhandari is linked to Sonia Gandhi’s son-in-law Robert Vadra.

What are the charges against Bhandari?

Delhi Police, Income Tax Department, CBI and Enforcement Directorate (ED) are investigating against Bhandari in multiple cases. He first came under the scanner in 2016, when the IT raided his premises alleging that he had undeclared assets abroad.

During the raid, IT stumbled upon classified Defense Ministry documents, after which the Delhi Police booked him under the Official Secrets Act (OSA).

The raids also led to the discovery of documents related to Bhandari’s properties in London, which were suspected to be linked to Bhadra. In 2017, the ED registered two cases against Bhandari under the Foreign Exchange Management Act (FEMA) and the Prevention of Money Laundering Act (PMLA).

The CBI had already initiated a preliminary investigation (PE) into Bhandari’s role in the Pilatus aircraft contract for the Indian Air Force with a Swiss firm in 2016, where kickbacks were suspected. By then Bhandari had left India.

What is ED litigation?

In December 2017, the ED had seized Bhandari’s properties worth over Rs 26 crore — properties in South Delhi and gold jewelery — in connection with the FEMA case. In a statement issued at the time, the ED said that Bhandari had “…acquired immovable/immovable assets outside India worth over Rs 150 crore…, including undisclosed deposits in foreign bank accounts in the UAE in various foreign currency denominations, beneficial to Proprietary UAE companies.

According to the ED, these companies were Offset India Solutions FZC, Santech International FZC, Sera Deuce Technologies and Petro Global Technologies FZC. Bhandari’s alleged assets abroad include flats in Dubai and the UK. “Investigation…also revealed routing of funds to various companies of Bhandari through accommodation entries provided by shell companies,” the ED said.

How is Vadra associated with Bhandari?

A year after confiscating Bhandari’s assets, the ED raided the premises of Skylight Hospitality, a firm linked to Vadra, in connection with a money laundering case that it had registered against Bhandari for holding undisclosed assets abroad.

According to the ED, which questioned Vadra several times, the matter was linked to a petroleum ministry contract in 2008 (during the UPA regime), in which kickbacks were allegedly received by a UK-based firm called Suntech, in which Bhandari was a director.

On June 13, 2009, in a single transaction, about $49.9 lakh flowed into Santech’s account — and Bhandari used 1.9 million pounds of the money to buy a property in London’s Bryanston Square that same year, the ED told a court.

Bhandari subsequently sold the property to a firm linked to Vadra in 2010 for the same price, even though he renovated it at a cost of over ₹65,000, the ED alleged.

Vadra has previously denied any wrongdoing and any links to the London property.

What was the agreement of the Ministry of Petroleum?

A project for the complex was implemented by Samsung Engineering Limited, which had hired Bhandari’s UAE-based consultant, Suntec International FZC, before winning the contract. After awarding the contract in December 2008, Samsung paid Suntech $49.9 million on June 13, 2009.

The ED claimed that £1.9 million of this money was siphoned off to another company called Vertex, and then used by Bhandari to buy the Bryanston Square property, which is currently held by Skylight FZE. The company is promoted by one CC Thampi, who has been arrested by the ED.

Late Murali Deora was the Petroleum Minister when the deal was struck. In July 2020, based on information provided by the ED, the CBI registered corruption cases against unknown officials of Bhandari, Samsung Engineering Ltd and ONGC.

And what is the Pilatus case?

The case involves allegations of bribery in the 2012 deal to buy 75 trainer aircraft from Swiss firm Pilatus Aircraft Ltd at a cost of Rs 2,895 crore. In its June 19, 2019 FIR, the CBI named unidentified IAF and Defense Ministry officials as top accused, followed by Bhandari, Pilatus and Bhandari’s company Offset India Solutions Pvt.

CBI’s PE in 2016 found that Pilatus signed a “service provider agreement” with Offset India Solutions in June 2010, before awarding the contract. The CBI said it was a violation of defense procurement procedures.

The CBI also learned that Pilatus paid 10 lakh Swiss francs to Bhandari’s two companies before the deal and another 4.98 crore Swiss francs later. According to the CBI, various firms associated with Bhandari received cash payments of over Rs 64 crore after deals through a maze of companies.

According to the CBI, Pilatus “dishonestly and fraudulently” concealed this fact while signing a pre-contract integrity pact with the Ministry of Defense on November 11, 2010. It also concealed the payment to Bhandari after getting the contract.

When will Bhandari return to India?

Extradition from the UK can take a long time. India requested Bhandari’s extradition in 2019; The UK government referred it to the relevant court in June 2020 and Bhandari was arrested that July. Bhandari will likely have the option of appealing to a higher court months before the Home Secretary gives his consent.

PNB scam accused Nirav Modi was arrested in March 2019, his extradition court approved in February 2021 and UK government in April 2021. However, he is yet to come to India Vijay Mallya was arrested in October 2017 and then all proceedings were completed. He is also yet to reach India.

RELATED ARTICLES
NewsPipa On the fourth day of the Rawalpindi Test, the national team was bowled out for 579 runs in the first innings Rawalpindi (92 News)...
Read more
National

NewsPipa The Supreme Court is at a point where they have made many innovations like making Pervaiz Elahi bigger than the party leader and...
Read more
National

NewsPipa ISIS has claimed responsibility for the terrorist attack on the Pakistani embassy in Kabul. According to the Reuters news agency, the terrorist organization Daesh...
Read more
National

NewsPipa Doha: In the first match of the round of 16, the Netherlands defeated the USA by three goals to one. The Netherlands...
Read more