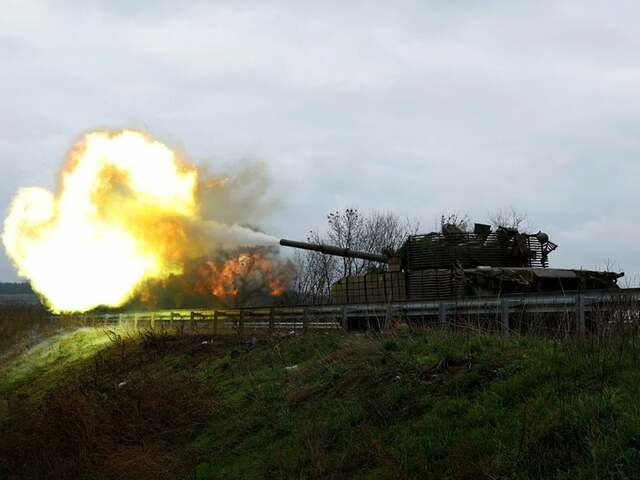 KYIV: Ukraine on Tuesday denied it was under Western pressure to negotiate with Russia, doubling down on its insistence that talks could only take place if Russia gave up all occupied territories.

The comments came days after a high-profile Washington Post report that the US had encouraged Kiev to signal its willingness to negotiate. They also coincide with US mid-term elections whose results could test Western support for Ukraine.

In an overnight address before speaking to world leaders at a climate summit, President Volodymyr Zelensky recited what he called Ukraine’s “completely understandable conditions” for peace talks.

“Again – restoration of territorial integrity, respect for the UN Charter, compensation for all damages caused by war, punishment of every war criminal and guarantee that it will not happen again.”

Ukraine has repeatedly offered such talks, but “we have always received a crazy Russian response with new terrorist attacks, shelling or blackmail”, Zelensky said.

On Monday, Kremlin spokesman Dmitry Peskov reiterated Moscow’s position that it was open to talks but that Kyiv was rejecting them. Moscow has repeatedly said it will not negotiate with territories it claims to have acquired from Ukraine.

Mykhailo Podoliak, Zelenskyi’s senior adviser, said it was absurd to suggest that Western countries would pressure Kiev to negotiate on Moscow’s terms, since they were the ones supplying Ukraine with weapons to drive Russian forces from its soil.

“We are pushing the Russian army out of the territory,” he said in an interview with Radio Liberty. “And against this background, forcing us into the negotiation process, and actually recognizing the Russian Federation’s ultimatum, is nonsense! And no one will do it.”

He said there was “no coercion” in Kiev’s relationship with Washington and that Western advice to Ukraine for talks was part of Russia’s “information program,” though he did not directly refute the Washington Post report.

Since Russia announced its annexation of Ukrainian territory at the end of September, Zelensky has ordered that Kyiv never negotiate with Moscow as long as Vladimir Putin remains president of Russia. Podoliak repeated that line recently, though Zelensky did not mention Putin in his speech.

Separately, Zelensky on Tuesday called for an extension to the Black Sea grain export agreement that lifted a Russian blockade of three key Ukrainian ports and eased the global food crisis.

The deal brokered by Turkey and the United Nations in July expired on November 19 and was in jeopardy last month when Moscow briefly suspended its participation before rejoining.

“We maintain the line that this initiative must continue regardless of whether the Russian Federation is willing or not,” Zelensky told Washington’s UN ambassador in Kiev, Linda Thomas-Greenfield.

Alluding to his country’s position as one of the world’s top grain producers, he added on the Telegram messaging app: “Ukraine is ready to be a guarantor of world food security.”

Ukraine’s deputy infrastructure minister told Reuters on Tuesday that Kyiv wanted to expand the grain export deal to include more ports and products and expected a decision to renew the deal for at least a year next week.

Ukrainian forces have been on the offensive in recent months, as Russia regroups to defend Ukrainian-held territories, calling up tens of thousands of reservists in the past month.

Russia is evacuating civilians from occupied territories, particularly the Kherson region in southern Ukraine, in an operation that Kyiv says includes forced deportations, a war crime. Moscow said it was evacuating people to safety.

The next major battle is on the west bank of the Dnipro River in Russian-controlled territory, including the city of Kherson, Russia’s only regional capital since the invasion in February.

Britain’s Ministry of Defense said on Tuesday that Russia was building new defensive lines deep into territory under its control “to prevent any rapid Ukrainian advances” in the event of a breakthrough.

These include erecting concrete barriers known as “dragon’s teeth” to stop tanks, including Russia’s “land bridge” near Mariupol in the south to help secure occupied Crimea even if Moscow loses other territories.

On Monday, a source confirmed that White House national security adviser Jake Sullivan held talks with Russian officials to avoid escalating the conflict, which was first reported by the Wall Street Journal. The Kremlin declined to comment.

The White House has not ruled out talks but has ruled out diplomatic action on Ukraine without Kiev’s participation.

Congressional mid-term elections are being held in the United States on Tuesday. Although most candidates from both parties support Ukraine, some right-wing Republican candidates have criticized the cost of US military aid.

White House spokeswoman Karin Jean-Pierre said U.S. support for Ukraine would be “unwavering and unwavering” regardless of the vote’s outcome.

Oleksandr Merezko, head of Ukraine’s parliamentary foreign policy committee, said the Republican victory “will not affect support for Ukraine in any way”, maintaining that Kyiv enjoys bipartisan support in Washington.

In the third phase of local elections in Azad Kashmir, Pakistan Tehreek-e-Insaf won the lead NewsPipa

NewsPipa In connection with the third and final phase of Azad Kashmir local body elections, the counting of votes is going on after the...
Read more

NewsPipa Archive photoThe US has banned 24 companies for helping the Russian military and Iran.10 companies based in Pakistan and the UAE are also...
Read more

Accused of helping Russia, Iran, the US has banned 24 companies NewsPipa

NewsPipa Among the companies under the ban are Pakistan and the UAE, as well as companies from Latvia, Russia, Singapore and Switzerland:...
Read more

NewsPipa In Germany, 25 people, including members of a right-wing group and retired military personnel, were arrested, suspected of planning an armed attack...
Read more

25 people, including retired military personnel, were arrested for planning to attack parliament and overthrow the government NewsPipa

NewsPipa ISLAMABAD: The Election Commission of Pakistan (ECP) has reinstated Faisal Vawda in the Senate seat. According to the details, the electoral commission has withdrawn...
Read more

Imran Khedawala is the only Muslim candidate who has been successful in the Gujarat Assembly elections, the victory flag was hoisted on the seat...