The BBC Breakfast presenter was forced to apologize today after Carol Kirkwood disappeared from the weather forecast.

In the first few minutes of the show, we told our viewers what the show was going to be like before we got the weather update.

But when the cameras moved to the weather forecast, 60-year-old Carol was nowhere to be seen.

Instead, Sarah Keith-Lucas was ready to give us an update. 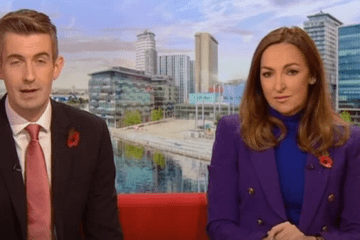 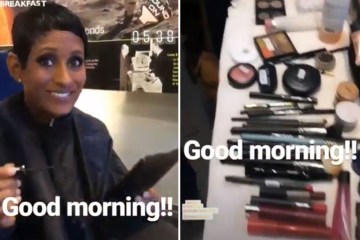 Ben apologizes, and Sarah laughs and says, “Today is a surprise for Carol!”

Sarah then started the weather forecast, and when finished, Ben apologized again.

He said: “Sorry Sarah!, I didn’t turn around to see the screen and you are there of course!

We moved to a remote croft with our own beach for just £35,000 and we have a problem

Nearly dying of addiction, trying to help others by talking about trauma

“It’s nice to meet you this morning. I’m sorry I called you Carol!”

Sarah replied with a laugh. only this time. ”

Carol is wearing a pretty blue dress with white speckled detailing, and as she speaks, white arrows of wind and clouds swirl across the screen, and that moment reminds some of us watching at home. It distracted the viewer.

On Twitter, one viewer tweeted a screenshot of Carol in front of the map and said:

“It’s like she wears the weather. #BBCBreakfast #CarolKirkwood #BBCweather.

BBC Breakfast is broadcast daily at 6am on BBC One.