The bride Great story of strange love! The bride had been waiting for 3 years, the groom ran away from Imran Khan’s gathering just before the wedding! NewsPipa 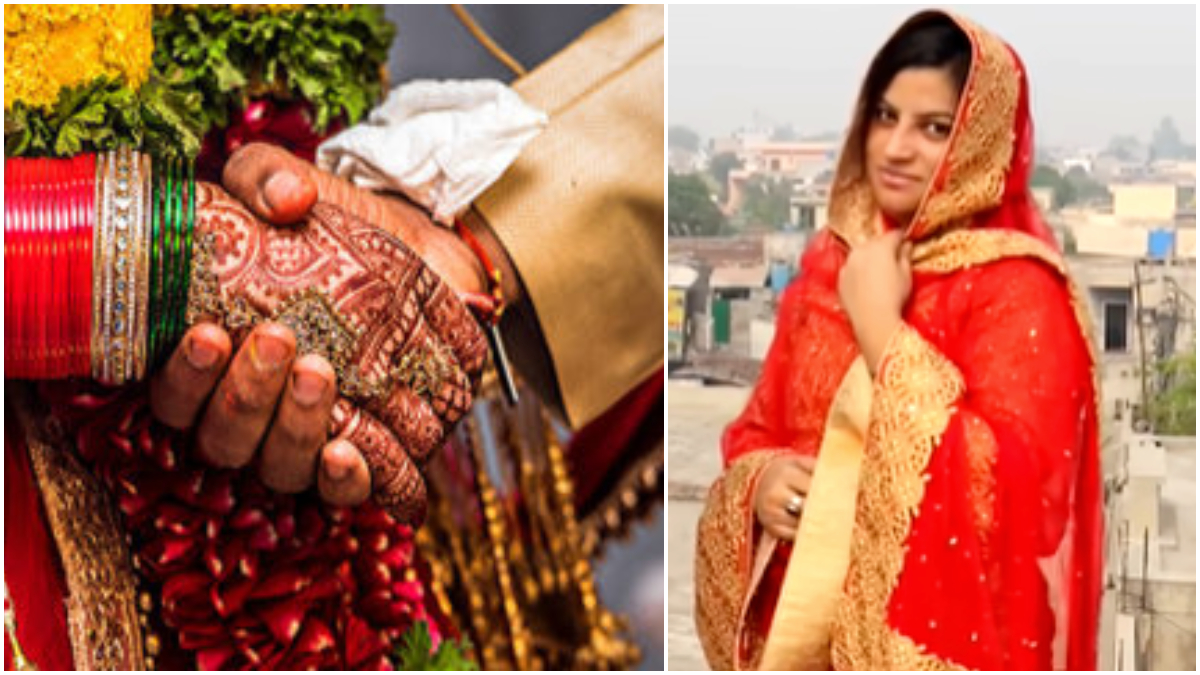 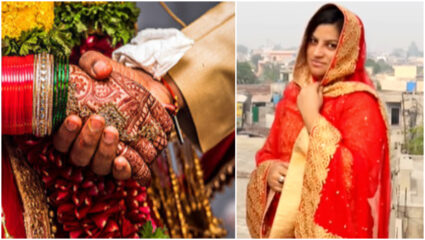 Pakistan: At this time, politics in Pakistan was at its peak. While on one hand Imran Khan has resolved that even after being shot he will not stop his rally and will continue. On the other hand, a groom, just before his wedding, went to attend Imran Khan’s gathering leaving his bride in her nikah (wedding) pair. Yes, you heard it right.

In fact, you have never seen such a craze behind your favorite leader. The bride’s name is Sidra Nadeem. Who are waiting for their future groom. During an interview given to a Pakistani YouTuber named Syed Basit Ali, Sidra said that she was sitting in a wedding dress, but just before the wedding, her husband left his brides behind and went to Imran Khan’s gathering.

We tell you that Sidra said that she is going to have a love marriage, for which she has been waiting for the past 3 years. When the day finally came, her groom went to the gathering. In this situation, Sidra also raised the slogan ‘Imran Khan, give back my bridegroom’. Sidra also has to say if Imran Khan’s Jalsa is my fault?

Sidra says she will not change her wedding dress until her groom returns. She demanded Imran Khan to send her groom back with a stick. If she wants to go to rally after marriage, I will fully support her. It is worth noting that this video is making a lot of headlines right now.

In the third phase of local elections in Azad Kashmir, Pakistan Tehreek-e-Insaf won the lead NewsPipa

NewsPipa In connection with the third and final phase of Azad Kashmir local body elections, the counting of votes is going on after the...
Read more

NewsPipa Archive photoThe US has banned 24 companies for helping the Russian military and Iran.10 companies based in Pakistan and the UAE are also...
Read more

Accused of helping Russia, Iran, the US has banned 24 companies NewsPipa

NewsPipa Among the companies under the ban are Pakistan and the UAE, as well as companies from Latvia, Russia, Singapore and Switzerland:...
Read more

NewsPipa In Germany, 25 people, including members of a right-wing group and retired military personnel, were arrested, suspected of planning an armed attack...
Read more

25 people, including retired military personnel, were arrested for planning to attack parliament and overthrow the government NewsPipa

NewsPipa ISLAMABAD: The Election Commission of Pakistan (ECP) has reinstated Faisal Vawda in the Senate seat. According to the details, the electoral commission has withdrawn...
Read more

Imran Khedawala is the only Muslim candidate who has been successful in the Gujarat Assembly elections, the victory flag was hoisted on the seat...