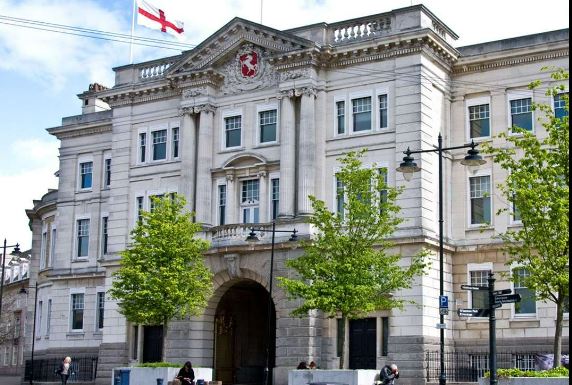 Fourteen Kent Council leaders have written to the British Secretary of State following the growing problem at the Manston Immigration Centre. Fourteen local governments say they are currently at a “breaking point” and overburdened counties.

The KCC has announced that there will be no places for grades 7-9 in Kent schools because many immigrant children are attending school today. They say it was due to the “unexpected and therefore unplanned” arrival of refugee children who the Home Office disproportionately placed in these two regions. is being used to educate immigrant children instead of their own.

There are also current problems with overcrowding and disease at the Manston site. Manston still has 3,500 people in custody, which is far from the level believed to be under his 1,000, which the government considers a manageable level. The KCC also said there were growing concerns about potential disruption.

Governments have spent years trying to resolve this issue and speed up the asylum process, but instead of focusing on pressing issues, much of their time has been hesitating and deporting each other as prime ministers. have spent

Problems abound now, and the government is overwhelmed with asylum applications and red tape.

Immigration Minister Robert Jenrick said the use of the word ‘invasion’ reflects the very real concern some people feel as they see small boats arriving almost daily in places like Dover. It says it does.

He then said, “This job requires you to choose your language carefully. It’s not a phrase I’ve used, but I understand the need to be candid with the general public.”

The Home Office is facing a lawsuit over the conditions at the Manston Immigration Processing Center – reports say an asylum seeker was removed from the site and ‘abandoned’ at London’s Victoria Station. He said a judicial review was underway after reports of severe overcrowding were being held. He expressed hope that Manston would return to “legal compliance” soon. This means that we are aware that we are not currently compliant.

NewsPipa Pakistan on Tuesday deeply regretted that India did not issue visas to its blind cricket team for participation in the...
Read more

NewsPipa Prime Minister Shahbaz Sharif's Special Assistant Atta Tarar said that the PTI people have gone to the extreme of lying and hypocrisy as...
Read more

NewsPipa The Supreme Court of Pakistan allowed the Election Commission to take action against Imran Khan, Asad Umar and Fawad Chaudhary. According to...
Read more

NewsPipa Islamabad (Qudra Daily) Energy ministry officials say that in case of import of oil from Russia, petrol price in Pakistan will be Rs...
Read more

How much cheaper will the petrol from Russia be compared to 224 rupees per litre? Good news for Pakistanis. NewsPipa

NewsPipa Archive photoNational President Dr. Arif Alvi says that in my opinion women should be allowed to offer prayers in a specific place in...
Read more

Imran Khan’s narrative was rejected by the people of Kashmir, Atta Tarr NewsPipa

NewsPipa ISLAMABAD: Prime Minister for Oil, Dr. Mossadegh Malik, says that there will be no restrictions on the purchase of oil from Russia. According...
Read more

#Pakistan Will Pakistan be banned from buying Russian oil? NewsPipa

NewsPipa The hope of elderly people who want to perform Hajj began to fade, Saudi Arabia has indicated to the authorities of the Ministry...
Read more

Pakistan’s real enemy is not India but TTP NewsPipa

NewsPipa Archive photoA police officer in the Indian state of Madhya Pradesh was allegedly caught stealing diesel from his own police vehicle.According to Indian...
Read more