Pakistan has sought an explanation from Moscow regarding the demand for Pakistan-Ukraine talks on nuclear weapons. NewsPipa 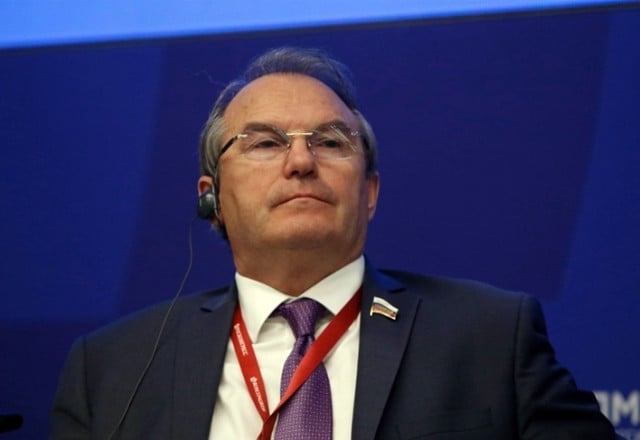 The Foreign Office has sought an explanation from Moscow after its senator Igor Morozov claimed that Pakistan and Ukraine had discussed developing nuclear weapons.

In response to this, Foreign Office spokesperson Asim Iftikhar Ahmed said in a statement late on Tuesday, ‘We are surprised by such baseless and baseless statements.

“Ukrainian experts went to Pakistan and received a delegation from there to talk about the technology and know-how of making nuclear weapons,” Russian state news agency quoted several media outlets as saying.

The report added that, “Mozorov alleges that this is part of the Ukraine Dossier Special Project.”

The report claims that, “He said it was no secret that Ukraine could build one dirty bomb But the question arises as to who has invested in this project.”

Responding to the allegation, Islamabad said the senator’s reported statement was “without justification and completely inconsistent” with the spirit of Pakistan-Russia relations.

The statement added, “We are seeking an explanation from Moscow on this matter.

Mazorov also commented on Ukraine’s ability and intent to build a dirty nuclear bomb but their lack of funding is preventing them from doing so, saying that “the threat is real.”

The lawmaker added that the Tochka-U warhead could be used with a low-energy nuclear charger. He also added that the President of the United States has the power to use low-yield nuclear bombs anywhere in the world without the prior approval of Congress. Moreover, Ukrainian President Zelensky is discussing nuclear weapons with the British and its American allies. However, the Russian official has no concrete evidence to support his claim.

Islamabad was earlier found to have supplied arms and ammunition to Ukraine during the ongoing Russia-Ukraine war. According to reports, an Islamabad-based arms dealer is coordinating with a Bulgaria-based company to procure defense supplies tailored for Ukraine.