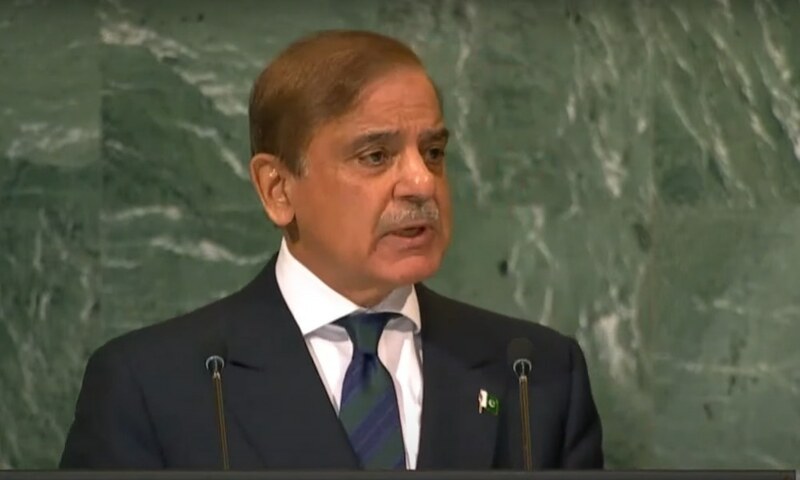 In his address to the 77th UN General Assembly session on Friday, Prime Minister Shehbaz Sharif called on the world to “do more to help Pakistan”, which he said was suffering from climate disasters. News today Report

In his address at the forum, the Prime Minister drew the world’s attention to the devastation caused by floods in Pakistan.

During his speech, Prime Minister Shehbaz said he was concerned that after the 77th session of the UNGA ends, the world’s attention may shift to other issues.

“Will we be left alone, facing a crisis we didn’t create?” asked the Prime Minister, reminding the international community that Pakistan is not responsible for the climate crisis-fueled disaster.

He said that the people of Pakistan want to know the cause of the devastation caused by the flood. “The undeniable fact is that the disaster was not caused by anything we did,” he said.

“It’s time to ask why… time to ask what to do. Our forests are burning. More heat waves are coming. We had a monster monsoon. It was a monsoon on steroids as described by the UN Secretary General. Pakistan emits less than 1 percent of greenhouse gases.

He noted that Pakistan had never seen such a devastating example of global warming.

“For 40 days and 40 nights, the biblical flood poured over us. Even today, large parts of the country are under water. 33 million people, including women and children, are at high risk of health risks. More than 1,500 of my people have left the world, including 400 children. Much more is at stake.

Talking about Pakistan’s relations with India, he said: “We seek peace with all our neighbours, including India.”

“We in Pakistan are consistent for peace in South Asia,” he asserted: “We are neighbours, it is our choice whether we live in peace or war. It is now up to us to resolve our differences as peaceful neighbours.”

The prime minister said both India and Pakistan were “armed to the teeth”, insisting that peace was the only way forward.

“War is not an option,” the prime minister said.

Addressing the annual meeting of G77 and Chinese Foreign Ministers in New York, Bilawal said that Pakistan has been greatly affected by climate change.

He said Pakistan emits less than one percent of global greenhouse emissions, yet it was the epicenter of climate change impacts.

The foreign minister, once again reminded the forum that one-third of Pakistan was under water – a disaster caused by heavy rain-induced flooding.

“More than 15,00 people have been killed and thousands more injured,” Bilawal said, adding that more than 30 million people were affected and 6 million were completely destitute.