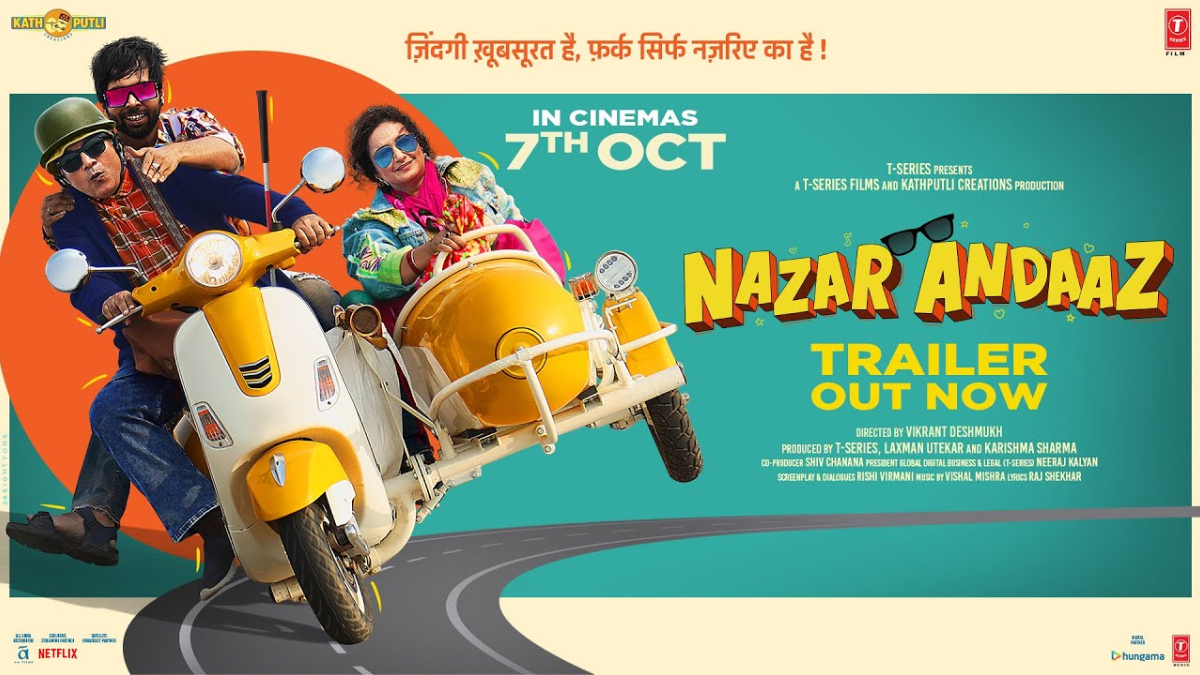 MUMBAI: Kumud Mishra, Divya Dutt and Abhishek Banerjee starrer ‘Najar Andaz’ is in constant discussion. It is a comedy filled film. The film is directed by Vikrant Deshmukh. ‘Nazarandaz’ is all set to hit the big screen on October 7, 2022. After the release of the poster, this time the makers have released the powerful trailer of the film. Audiences can witness Abhishek Banerjee’s expected comic timing, Kumud Mishra’s acting prowess and Divya Dutt’s mesmerizing performance. The film is jointly produced by T-Series Films and Puppet Creation Productions. All the actors are very excited about this film. Watch the movie trailer-