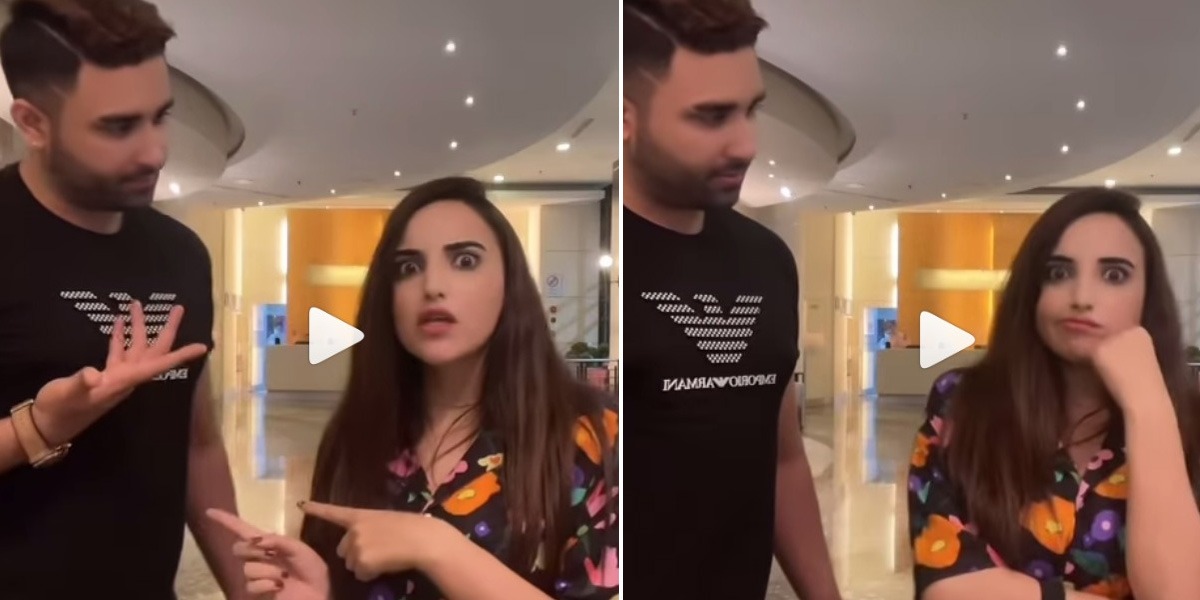 A new video of Pakistan’s famous tik-toker and actress Harim Shah and her husband Bilal Shah has gone viral on social media.

In the video, Hareem Shah and her husband Bilal Shah are seen lip-syncing a dialogue.

As soon as the video went viral, Tik Tok faced a lot of criticism from social media users.

Earlier, photo and video sharing app TikTok posted a video on Instagram featuring Harim Shah with Bilal Shah and an Indian song playing in the background.

Bollywood actress Deepika Padukone’s condition is bad, she was rushed to the hospital NewsPipa

NewsPipa While the sultans who ruled India for centuries were uniquely skilled in warfare, so were their wives and princesses. Just as these sultans...
Read more
Entertainment

Begums and princesses of Shahan-i-Kal who were young and educated! – NewsPipa

NewsPipa Ekta Kapoor shared a story on Instagram on the occasion of Chunky Pandey's birthday, where she candidly confessed her love for Chunky in...
Read more
Entertainment

This picture of the childhood of a world-famous Pakistani singer? NewsPipa

NewsPipa Reema shared the video and wrote, 'Who was Mahira's bodyguard protecting her from?'Senior actress Reema Khan shared a video of her meeting with...
Read more
Entertainment

Reema is surprised when the bodyguard comes to meet Mahira NewsPipa

NewsPipa Defense spending is set to grow by 5.6% over the next year, a modest start on the government's plan to increase spending by...
Read more

India’s Shubi Gupta, Charvi crowned champions in U-12 and U-8 categories NewsPipa

Massive evacuations in Vietnam ahead of Super Typhoon Noru NewsPipa

NewsPipa (Monitoring Desk) Good news for Pakistanis, petroleum products in the country are likely to drop by Tk 15 per liter after the...
Read more

How much petrol and diesel will be cheaper? Big news for Pakistanis NewsPipa

NewsPipa John Cena holds the world record for granting the most children's wishes for the Make A Wish Foundation. According to the Guinness Book of...
Read more

What world record did John Cena make while away from wrestling? NewsPipa

Ishaq Dar will be sworn in as federal minister tomorrow, the President will take oath NewsPipa

NewsPipa Scottish police want to track down a man after a 17-year-old girl was attacked near the Dixon Street football field in Hamilton around...
Read more

Australia captain This player will take the leadership of the team in place of Aaron Finch, who will be the captain of the...