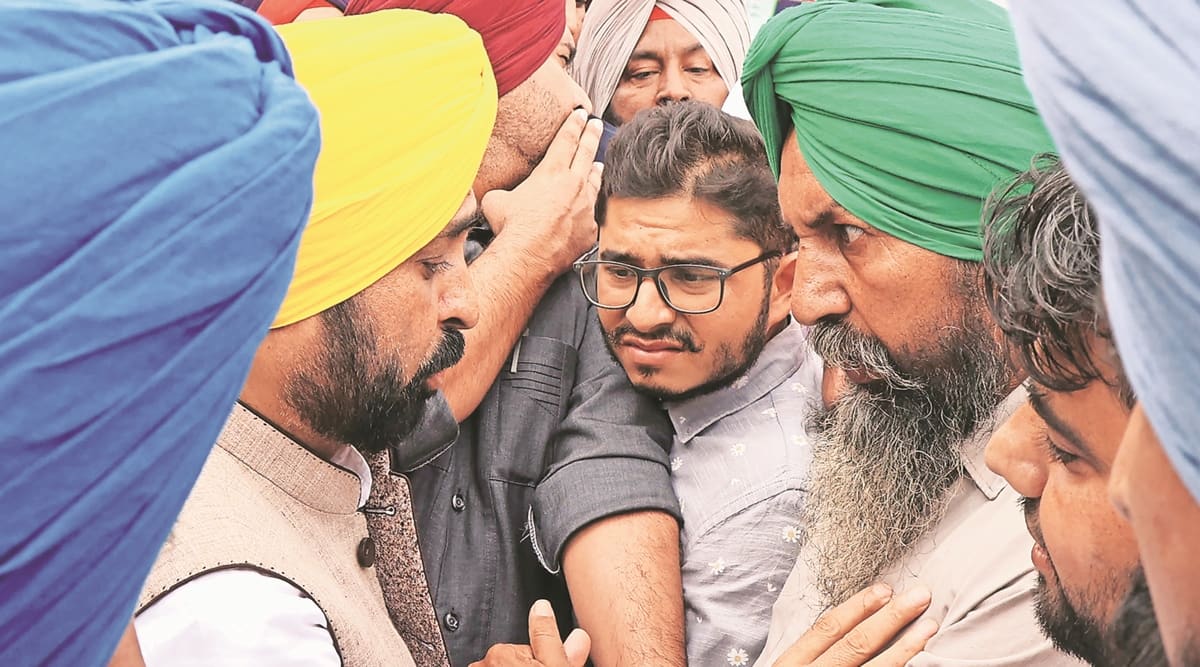 Expressing that the state-run Punjab Agricultural University still has a lot to do to reach out to farmers and strengthen its extension education programme, Punjab Chief Minister Bhagwant Mann said on Friday that instead of waiting for farmers to come to them, researchers should visit the fields and help agriculturists. do

“Just now, our research director said that farmers should come to PAU for any problem. Please reverse this mindset. Don’t wait for farmers to come to you, you go to the field and find out what their problems are,” says Mann. He was addressing a gathering after inaugurating Kishan Mela at PAU.

“If the crop is damaged, does anyone from the cooperative society or the agriculture department reach out to us about which spray we should use? no We ask each other and do what other farmers are doing. The whole village started spraying the same medicine without knowing whether it was effective. With folded hands, I urge scientists to save the farmers and reach out to them,” he said, adding from a farmer family, he knows how things work in the villages.

Mann said it was shocking that despite having the most fertile land, farmers in Punjab were unhappy while those living in extreme conditions in the US, Canada were prosperous. “We have to get out of the AC room and go where the problem is,” Mann said.

Mann also said that important decisions will be taken in the coming days to get rid of the menace of paddy straw burning. He asked what kind of system it was where the government boasted of paddy production but did not want to stir the rice that would be produced at the same time. “For paddy burning, FIRs were registered against the farmers and he was made an illegal food donor. Straw burning is not stopping with government orders and sloganeering in buses,” said Mann.

The Chief Minister said that instead of paddy, farmers of the state are ready to sow sunflower, maize and pulses but they must get adequate and assured price for the same.

He said it would help check the state’s depleting water table on the one hand and make agriculture a profitable venture on the other.

“FCI no longer has the power to procure paddy. They are full for the next five years. Even though rice is not our staple food Punjab is the largest contributor to the central pool… we have dedicated our water for it. This needs to be stopped. A scientist told me that the motors being used in Punjab to extract groundwater are being used in other countries to extract oil. This is where we have arrived,” he said.

Mann said India was importing pulses worth crores from other countries like Colombia and Mozambique. “I flagged in the NITI Aayog meeting that Punjab should be given the responsibility of pulse cultivation for the country but the farmers want equal income from other crops as they get from paddy. An example of how Vietnam has created a success story in agriculture,” Mann said.

Earlier, Mann reached PAU amid tight security and the campus turned into a fortress from Thursday. Some farmers also protested and alleged that they were disturbed by the Chief Minister’s security arrangements and were not allowed inside the campus. Some farmers under the banner of “Kisan Mazdoor Welfare Society” staged a protest at the PAU fair demanding legalization of poppy opium (Khus Khus) cultivation. Considered the largest in the region, farmers from Punjab, Haryana, Rajasthan etc thronged the PAU Kisan Mela, which was physically held after two years due to the pandemic.