Imran said next Saturday is the date of protest NewsPipa 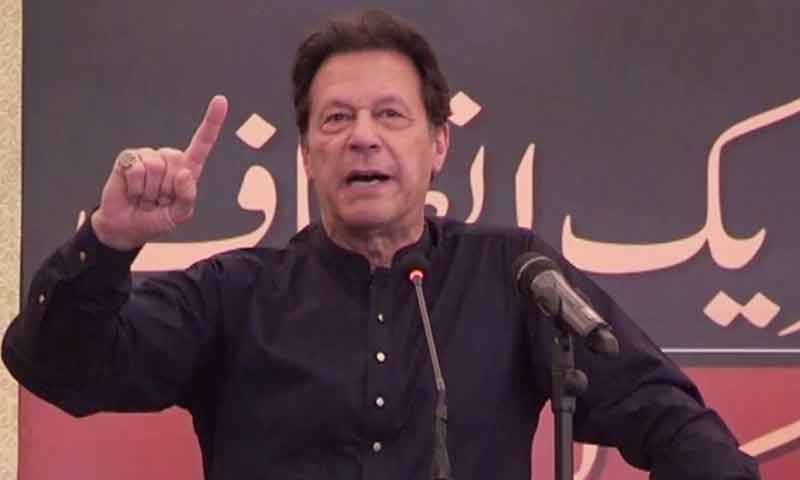 ISLAMABAD – Reacting to the Home Minister’s statement, Pakistan Tehreek-e-Insaf (PTI) Chairman Imran Khan said on Thursday that they will come to Islamabad with full preparations this time and announce the date of the Long March next Saturday.

He also said that Interior Minister Rana Sanaullah will have no hiding place in the federal capital if he dares to use violence against the peaceful protesters. Addressing the swearing-in ceremony of office-bearers of the PTI’s Organizational Advisory Council at the Jinnah Convention Center here, Khan said they were not fully prepared when Rana resorted to widespread teargas and shelling on PTI workers, women and children on May 25. They wanted a peaceful long march to the federal capital.

However, the PTI chairman promised that he would make the final call this time after PTI’s tigers were fully prepared “for a decisive battle to rid the country of corrupt rulers once and for all”. He said that these rulers will not give them “freedom” easily as the present system is feeding them.

He said that one has to struggle for freedom and make sacrifices, as the present system has served the interests of the powerful ruling class. He also said that since the independence of the country, ‘the real freedom movement was the biggest movement’.

Former Prime Minister Khan had called on party workers to join his long march when he gave the call, as it was a testing time for PTI workers and the nation.

“Next Saturday PTI looks at the preparations of tigers and tigers, then I will give the final date for the long march,” Khan added.

The PTI chief said that Pakistan’s corrupt rulers have allowed the West to carry out nearly 400 drone strikes against our country and brought foreign wars to the motherland, leaving thousands of Pakistanis martyred and injured.

He said the entire tribal area was destroyed because the two corrupt PML-N supremo Nawaz Sharif and PPP leader Asif Ali Zardari allowed drone strikes. “This is because they could not afford to oppose their foreign masters since their wealth was hidden abroad.”

He observed that government officials were waiving their crores in corruption cases because they did not come to serve the people and the country but to protect their own theft and please their masters.

He said the rupee is depreciating against the US dollar at an alarming pace, the economy is shrinking fast and inflation is breaking 50-year records due to “imported” flawed and wrong economic policies of the government.

NewsPipa The Cricket Association of Bengal (CAB) is planning to name a stand at the Eden Gardens after legendary Indian pacer Jhulan Goswami, in...
Read more
National

NewsPipa Web Desk: There is no fund to spray TMA workers in Khyber for dengue fever in Peshawar Division, there...
Read more
National

NewsPipa Difficulty for the Punjab government! The governor came to the ground.
Read more

NewsPipa NASA has postponed next week's New Moon rocket launch attempt due to a tropical storm that is expected to become a major...
Read more

NewsPipa The Cricket Association of Bengal (CAB) is planning to name a stand at the Eden Gardens after legendary Indian pacer Jhulan Goswami, in...
Read more